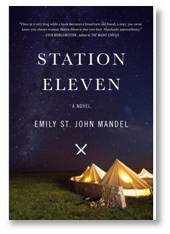 I have just finished reading two novels that are both in the genre of post-apocalyptic dystopian fiction, a particular favorite of mine. Reading two in a row wasn’t intentional, though. In plain English, these types of books involve a mega-disaster that destroys most of the country’s, or the world’s population. The survivors have to stay alive—no small feat—and re-create civilization from the ashes of the old world.

The two books I read were, “The Dead Lands” by Benjamin Percy and “Station Eleven” by Emily St. John Mandel. The latter has been nominated for two book awards and has been on the New York Times best seller list in both hardcover and paperback editions.

They are both good novels, but then I enjoy stories of survival because I’m fascinated by the physiology and psychology of why some people survive while others give up. And these books are excellent additions to the genre, which has existed for decades—centuries if you start counting with Mary Shelley’s “The Last Man” and a lot longer than that if you go back to Noah and the Ark.

Post-apocalyptic dystopian fiction distills our fears about what threatens us personally and nationally and provides a cultural release valve for our inchoate worry about what the future could hold for us and our children. Thus, decade by decade, trends appear and disappear in terms of what causes the final, fatal collapse.

Some of the books about how the world ends are optimistic, seeing a new and possibly better future for humanity once it transcends devastation. James Howard Kunstler’s novels in the “World Made by Hand” series fall into this category. Others are determinedly pessimistic, finding only the worst in human nature with no chance of redemption. Of the latter, Cormac McCarthy’s “The Road” is probably the best, or most depressing, example. Here the cause of the devastation is never explained but the survivors struggle through a world turned to dust and ashes in search of something better. You can watch the movie starring Viggo Mortensen but, trust me, the book is far bleaker.

More apocalyptic tales followed in fiction and on film. You can find a list of them in the back of “Wastelands: Stories of the Apocalypse” edited by John Joseph Adams. Many more have appeared since that anthology was published in 2008—possibly half again as many. Still, Mr. Adams describes the appeal of post-Apocalyptic fiction succinctly in the book’s introduction:

“Wastelands explores the scientific, psychological, and philosophical questions of what it means to remain human in the wake of Armageddon.”

Six Ways to Destroy the World

Here are a few of the reasons authors have devised for wiping out most of humanity and setting up the survival drama that follows: 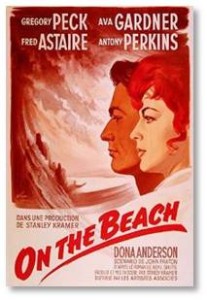 Nuclear War: In the 1950s, close after the nuclear explosions at Hiroshima and Nagasaki, people were both intrigued with and frightened by the powerful new genie that had burst out of the bottle. We did not fully understand the effects of radiation on human beings and on the world. At the same time, we did not trust our governments to tame the genie. We found the idea of nuclear war very likely, possibly imminent, and certainly terrifying.

Nevil Shute’s “On the Beach,” published in 1957, concentrated and popularized those fears. Two years later it reappeared as a Stanley Kramer movie starring Gregory Peck and Ava Gardner. It was appropriately in black and white and oddly rated PG.

Politics: When the Cold War ended and the threat of nuclear annihilation receded, we found other methods of destruction to fascinate and frighten us. Political tyranny and government oppression were well represented in books from Ray Bradbury’s “Fahrenheit 451” and George Orwell’s “1984” to Margaret Atwood’s “The Handmaid’s Tale.” More recently we have the “Hunger Games” books by Suzanne Collins along with their excellent movie versions starring Jennifer Lawrence. Also the Maze Runner books by James Dashner, the first two of which have been filmed. Anyone watching the current campaign for the 2016 Presidential campaigns can be forgiven for accepting that politics will kill us all.

Climate Change: Ecological devastation was very popular for quite a while. Sometimes it takes the form of nuclear winter that brings back the glaciers, as in “Snowfall” and its two sequels by Mitchell Smith. Sometimes the Apocalypse is brought to us by global warming that overwhelms the earth, such as in J.G. Ballard’s “The Drowned World” and Kim Stanley Robinson’s “Forty Signs of Rain.” On screen, you can see some of these themes in the Mad Max movies and Waterworld. Going all the way back to Noah, we find a flood that destroys humanity except for a very small group of divinely favored individuals.

Zombies: Let’s not forget the Zombie Apocalypse that has surged to the fore of our cultural consciousness. From Max Brook’s “World War Z” with Brad Pitt starring in the movie version to The Walking Dead on television and 28 Days Later on the big screen we have the undead lurching through our streets and attacking our homes as they search for “braaaaiiiiinssss.” My favorite in this genre is a small novel called “Autumn” and its sequels by David Moody. It’s hard to dispute, though, that Richard Matheson’s “I Am Legend” is the most terrifying riff on this theme—and that was published in 1954. Possibly his zombies were all Communists.

Global Pandemic: Disease has risen as a universal fear factor even as medicine improves. We might be frightened of new diseases coming out of the Amazon jungle, bacteria evolving to resist antibiotics, SARS, MERS, or a new lethal strain of influenza but we sure are worried about getting sick. This concern isn’t new, of course. Michael Crichton’s “The Andromeda Strain” opened my eyes about the possibility of another threat to human health that would be as devastating as the 1918 influenza pandemic.

In “Station Eleven” the “Georgia Flu” with a mortality rate of 99.9% strikes Europe and is borne worldwide by intercontinental flights. It kills in 48 hours, as the Spanish flu strain often did, and leaves the world nearly depopulated. Yet the entire story revolves around an actor who dies of a heart attack on stage before the flu even hits. “Station Eleven” is a good read–a page turner that you can’t put down.

Multiple Redundant Strikes: Many novels recognize that just one of the causes listed above is probably not enough to take down civilization, either in one country or around the world. A combination is required and that is the basis of “The Dead Lands.”  This re-telling of the Lewis and Clark expedition takes its less-than-heroic characters from St. Louis to Astoria, Oregon across a country devastated by a superflu, nuclear fallout, radiation-generated mutants, and massive climate change. It takes a while to get into it but once you do, the story pulls you right along.

“World Made by Hand” and its sequels also slam the country with multiple blows and they take the survivors back to the nineteenth century to relearn practical skills that will help them rebuild. If you have a real skill in Kunstler’s upper New York town of Union Grove, you have a good chance of survival. Philosophy majors and economists, not so much.

Pick your preferred apocalypse and settle down with a good book that will give you chills on a hot summer day. You can start with either “The Dead Lands” or “Station Eleven” because they’re both good stories and you’ll enjoy the trip.You will also appreciate electricity, hot water, and supermarkets a lot more when you’re done.

“Some say the world will end in fire,
Some say in ice.
From what I’ve tasted of desire
I hold with those who favor fire.
But if it had to perish twice,
I think I know enough of hate
To say that for destruction ice
Is also great
And would suffice.”