Writing is a both an art and a craft.  The art comes with the inspiration, ideas, insights, and messages you bring to the story. Craft is used to communicate those things in a way that compels people to read your work — and keep on reading.  Inspiration without craft can produce an unreadable block of text. Craft without inspiration can end up as dull as dishwater. They are both essential and good writers use them both.  The two intertwine and it can sometimes be different to separate them, especially for the author.

Think of the craft of writing as having a box of tools, just like a carpenter. Where his are hammers, nails, saws, and screwdrivers, however, yours are words, sentences, phrases, dialogue, description and action. You need to master these tools just as skilfully as a carpenter uses his.

That means — although this should go without saying — that grammar, spelling, and punctuation are your biggest friends. You need to have the Big Three down cold and the reason is simple: no busy editor has the time to get past your misuse of the basics to find the “true creativity” beyond.  He or she will just toss your manuscript in the circular file instead.

And you need to be as careful with your tools as a carpenter is. He “measures twice and cuts once.” You use the right words in the right places at the right  time.  You use only the words you need — but no more. 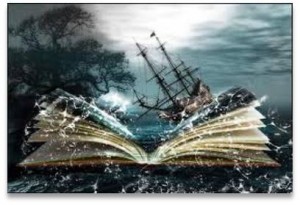 A writer who has struggled by him or herself for along time can develop some bad habits without realizing it.

New writers often make simple mistakes, especially with the craft of writing, that interfere with the ability of readers to become involved or, one hopes, engrossed in the story they are trying to tell. These problems are usually easy to correct with guidance and practice.

Exposition: telling vs. showing: Exposition is often the biggest problem for new writers. It’s a data dump that tells the reader what’s going on instead of showing him / her through description, dialogue and action.  Expository writing is like reading a text while descriptive writing is like reading a novel.  It’s easy to fall into the expository trap and not even know that you have done it.  One clue is that you’re using the verb “to be” a lot. Exposition keeps the reader from getting inside the character and experiencing the story directly.

Shifting points of view: This means that the Point of View shifts from one character to another either too quickly, too often, or  within a paragraph. A POV shift typically occurs in different sections for clarity and focus. It also helps the reader to understand and identify with a character. Shifting the POV with a paragraph creates a situation in which the narrator reveals what’s going on in the characters’ heads from an omniscient POV but it’s difficult for the reader to tell which character is really talking.

Dialogue That’s Awkward or Unrealistic: Kludgy dialogue tends to be self-conscious, pretentious, and / or clumsy, filled with antique words and pseudo-Biblical phrases. The reader begins to think that no one actually speaks like that anywhere, which does not help the story.

Or the dialogue makes it seem as if all the characters speak the same way with the same vocabulary, verbal tics, turns of phrase, etc. Dialogue can help to establish a believable character and distinguish one character from another. People speak differently in real life and so should your characters.

Mismatched Subject and Verb: This problem is becoming more and more common, to the point that we wonder whether English teachers have given up and just told students to match the verb to the closest noun. This is not the way it should be done. Singular subjects take singular verbs and plural subjects take plural verbs even — and this is where it gets sticky — when there’s an intervening prepositional phrase. For example: “The carton of teddy bears was / were left on the loading dock.”  The subject of the sentence is carton, not bears, so the correct verb to use is “was.” 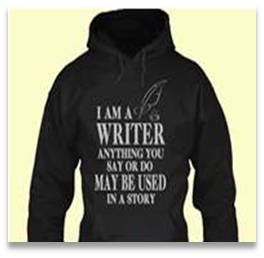 Over writing: This is also known as “fat writing” or verbal greenery.” The new writer sometimes tries so hard to be creative and different that he / she uses a lot of pretentious words and grandiose verbiage. It’s also easy to use unnecessary words. If a character raises his hand, for example, you don’t have to add “into the air.”  It’s best to use the simplest, most direct words to communicate your meaning.

Pacing  That’s Too Slow or Too Fast: If your pacing is off, the story will either zip along too quickly or drag so slowly that it throws the reader out of the story. The first is a problem because it’s likely to open up some of the other problems, like not enough description or confusing dialogue. The second is a problem because the reader is likely to put your story down and never pick it up again.

Passive Voice: You want to use the active voice at all times and avoid the passive voice like the plague. Passive voice is weak and it requires additional, unnecessary words. Passive voice relies heavily on the verb “to be.” Active voice, on the other hand, keeps the story moving — and brings the reader right along with it.

Under writing: Although this problem is less typical of new writers, it can crop up. Under writing happens when the writer glosses over a piece of the action, spending so little time on it — or trying to be so obscure about it — that the reader really doesn’t know what just happened.

Weak verbs: The verbs in a sentence are where the action lies. You want verbs to be as strong and compelling as possible.  The verb “to be” in its various tenses is the weakest verb in the writer’s toolbox and should be used sparingly, if at all.

White Room Syndrome: This means providing so little description of the setting that the reader can’t visualize the where the characters are or where the action is taking place. WRS usually occurs when the writer is so caught up in the action or the dialogue that he / she forgets to create a setting for them.

During a critique, Spacecrafts members will identify these problems, give examples of where they occur, and provide suggestions on how to fix them.

The Three Stages of Learning

Listening to these comments can be difficult. New members often go through a process that follows three stages over time: