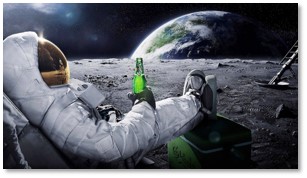 I sent a message to my science fiction friends last week to let them know that they could watch Moon on Netflix in March. I told them it was one of my all-time top 10 science fiction movies. 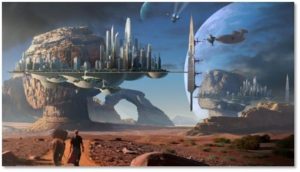 But that started me thinking about what actually was on my list of the top 10 science fiction movies of all time. My selections differ from the numerous lists that have been published by everyone from Mental Floss to Rotten Tomatoes because our definitions don’t match.

I have seen a lot of science fiction movies. Years ago, I was on a business trip with a young colleague. He knew I write in the genre and tried to find a science fiction movie I hadn’t seen. We ran down quite a few titles without finding a no-see. Finally, he came up with one he was sure I had not watched. His face brightened and I braced myself.

“A Boy and His Dog,” he crowed. I smiled. “From the novel by Harlan Ellison,” I replied. “it was Don Johnson’s first big break. And the only time the phrase, “To the farm,” frightened me.” (Okay, I was showing off. Sue me.)

His face fell and he kept searching. Finally, he dinged me with Sunshine, which I had not yet seen but have caught since. (It’s not on my list.)

A movie earns a place on my favorite list if it makes me feel like I’m Out There. The best ones show people living and working in space. While I enjoy space opera, I prefer a movie that shows how someone like me—not a princess, a warrior, a Jedi knight, or a superhero—would do when my everyday work schedule goes sideways.

I can identify with that. Someday we will have regular working stiffs in outer space, even if we never leave the Solar System. Thanks to Elon Musk and SpaceX, we’re already on track to put non-astronauts in orbit and beyond. Is that a good thing or a bad thing? As with everything else, we’ll have to see how it goes.

So, I sat down and drew up my list—but found I couldn’t keep it to 10 movies. Here, then, are the 11 movies I have liked most in alphabetical order, along with why I like them. Links go to the movie’s IMDB page.

Also, I like it because the gung-ho Marines sent to exterminate the alien ship don’t really listen to Ellen Ripley when she tries to warn them about the creatures they’re going up against. They pay for that mistake but, still, that’s what it’s really like to be a woman, regardless of where you are.

The opening scene on Jupiter’s moon has you gripping your seat as a worker wearing a blissful smile but no space suit steps onto an elevator that is clearly marked as exiting in vacuum. He looks beatific and pushes the button to take the elevator down. An alarm sounds. The door opens . . .

NASA’s probes have since shown us that Europa would provide a more hospitable environment and there is a movie called “The Europa Report” but it doesn’t come close to Outland for verisimilitude. Or logic. 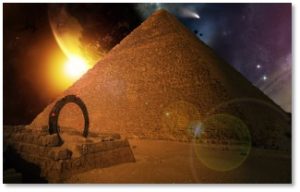 I loved every minute that it poked a sharp stick in the eye of Accepted Belief, whether archaeology or rocket science. Since then, Google Earth and Ancient Aliens have shown us pyramids all over the world. Could they have had the same purpose?  Hmm.

That’s it—my top 11 science fiction movies of all time. Which ones have you liked? What would be on your list? Have I missed anything really great? Let me know in the comments section. I can always expand the list to 15.